Representing Clients All Across Alaska! Our Alaska personal injury lawyers can come to you.
Contact Us Now For a Free Consultation 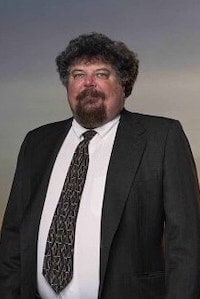 James Beard has dedicated his professional career to fighting on behalf of injured victims and families and providing the caring and compassionate representation they need during some of life’s most difficult times. Over a legal career that spans more than 30 years, Beard has established himself as a bold and unwavering advocate for his clients, and has cultivated a reputation as one of the most experienced maritime injury lawyers in the Pacific Northwest in cases involving catastrophic injuries and wrongful death. Throughout his career, he has recovered millions of dollars in compensation for clients across the U.S.

A native of Washington, where he grew up in a small fishing village on the mouth of the Columbia River, Beard learned the value of hard work from an early age. While working his way through college and law school, he worked on oyster dredges, fishing vessels, and as a longshoreman breaking freight. His background and experience in the maritime and fishing industries drive his passion for helping hardworking crewman and their families after they suffer preventable harm and losses, and uniquely position him to handle the complexities of maritime injury, Jones Act, and boating accident cases.

Beard brings a wealth of legal experience to Johnson Beard & Trueb, PC. A graduate of the University of Washington, Beard earned his law degree from the University of Puget Sound before establishing his own successful practice in Ballard, where he represented numerous injured Alaskan fisherman. It was there that he focused his practice on handling maritime injury and Jones Act claims. He later became the founding partner of a maritime law firm in Seattle, which helped change the amounts to be paid in maritime death and injury claims.

Today, Beard has successfully handled hundreds of Jones Act and maritime injury cases, including many that have involved high profile sinkings, life-altering injuries, and deaths in Alaska and the surrounding region. He takes tremendous pride in helping victims and families secure the compensation they need to cover past and future damages, as well as being able to succeed in difficult cases other lawyers believed to be unwinnable. His depth of knowledge in federal maritime law, determination to maximize compensation, and commitment to clients make him an invaluable member of the firm, and an indispensable ally for victims and families who need their voices heard.

Beard is admitted to practice law in Alaska, Oregon, and Washington, as well as the U.S. District Court of Washington and the Ninth Circuit Court of Appeals.

Jurisdictions Admitted to Practice Alaska, Oregon, and Washington
U.S. District Court of Washington and the Ninth Circuit Court of Appeals.

Preguntas Frecuentes
Client Reviews
★★★★★
Johnson Beard & Trueb is a tight-knit group of hard working people that I cannot praise enough! The dedication and persistence I have seen from this team is incredible. They not only provide excellent law representation, but the support system built by the team is one of a kind. They care about each individual and are by far the best I have seen in personal injury. A million stars!!! Rivers Ducharme
★★★★★
Johnson Beard & Treub goes above and beyond to take care of their clients with the highest degree of integrity! Their team is great to work with. I would, hands down, recommend them to take care of my family and friends! Jill Johnson
★★★★★
Mr. Johnson and his staff were remarkable to work with! They were both professional and yet very down to earth. They made me feel a part of their family and would often check in on me! In fact, Jennifer even went out of her way, sending cards to me well after my case had been resolved! I would highly recommend them! Jennifer Koontz
View More
Submit a Law Firm Client Review