Representing Clients All Across Alaska! Our Alaskan personal injury lawyers can come to you.
Contact Us Now For a Free Consultation 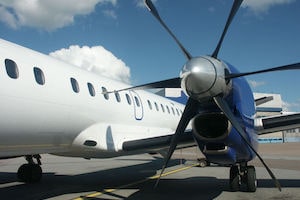 PenAir Flight 3296 lost control during landing at Unalaska-Dutch Harbor Airport last week, partially sliding into the harbor. The crash resulted in the death of one person and several other injuries requiring treatment, according to local authorities. At least one of the survivors is critically injured.

42 people were aboard the Saab 2000 aircraft when it crashed, including a high school swim team. A spokesperson from the school said “all students and chaperones are accounted for and are OK.”

Meteorology reports show that weather at the time of the crash was clouded by light rain and fog. Wind gusts may have also wrested control of the vehicle from the pilots. Although, at this time, it is not known exactly why the aircraft failed to land safely. Eyewitness reports say the plane attempted one landing, re-lifted, circled around, and tried to land a second time, which is when the crash occurred.

A team of crash investigators from the National Transportation Safety Board (NTSB) will be sent to the remote corner of Alaska to try to identify the crash’s cause. The flight recorder aboard the aircraft should help determine if there was a landing gear or mechanical failure, or if the crash was caused by a pilot’s error.

(You can get more information about this ongoing story by viewing a full article from CNN.)

At Johnson & Associates, PC, we proudly extend our legal services to the wrongfully injured throughout Alaska. If you were injured in the PenAir Dutch Harbor crash or another similar incident, we suggest you do not sign any releases given to you by the airliner or related company. It might be used to try to prevent you from seeking compensation. Instead, bring a copy of the release to our attention, and we can help you decide if you should consider filing an injury claim in pursuit of damages.

Contact our law firm today to learn more about your rights after an accident.

Preguntas Frecuentes
Client Reviews
★★★★★
Johnson & Associates is a tight-knit group of hard working people that I cannot praise enough! The dedication and persistence I have seen from this team is incredible. They not only provide excellent law representation, but the support system built by the team is one of a kind. They care about each individual and are by far the best I have seen in personal injury. A million stars!!! Rivers Ducharme
★★★★★
Mr. Johnson and his staff were remarkable to work with! They were both professional and yet very down to earth. They made me feel a part of their family and would often check in on me! In fact, Jennifer even went out of her way, sending cards to me well after my case had been resolved! I would highly recommend them! Jennifer Koontz
View More
Submit a Law Firm Client Review